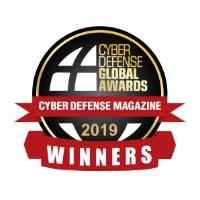 Kingston was awarded top recognition in four categories for two of its industry-leading encrypted storage solutions:

“We are pleased and honoured to have Cyber Defense Magazine recognise both D300S and KC2000 as essential pillars of a comprehensive data loss-prevention strategy,” said Oscar Escayola Kaloudis, Flash Business Manager EMEA. “We believe that one of the keys to a successful data security plan and a way to lower the cost of a data breach is ensuring that data is encrypted and protected both inside the firewall as well as outside. Both D300S and KC2000 are powerful tools in closing security gaps and help ensure organization-wide security and compliance with regulations such as GDPR, HIPAA and many others.”

“CDM has evaluated nearly 3,000 companies globally and we are proud to recognise Kingston Technology as an award-winning innovator and thought-leader within the industry,” said Pierluigi Paganini, editor-in-chief, Cyber Defense Magazine. “With cybercrime heading into the tens of billions of records stolen and potentially trillions of dollars in damages, Kingston Technology continues to push boundaries to stay one step ahead in a landscape of rising cyberthreats.”

If you are interested in Kingston’s award winning solutions, get in touch.

Back to news and events